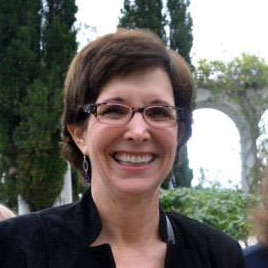 3 min read
Listen To This Article

I was often concerned about Danny’s eating habits. He wasn’t willing to try pizza or pasta until he was 9, and has never tried red meat, fish, or most vegetables. He would have a meltdown if we cooked anything involving fish or olives that he claimed “smelled up the house and caused him pain,” and would be agitated if any prepared meal had anything green on it. As for school lunches, he ate the same thing - a peanut butter and jelly sandwich and apple sauce - every single day for 7 years!

I attributed his picky eating habits to his Asperger’s, but really didn’t understand the problem, and I regret that I initially scolded him for reacting so adversely. Now I know that Danny was, and is, hypersensitive to smells, textures, and flavors, a trait which is not uncommon for those on the spectrum. Certain smells, textures, and flavors, or even the thought of this sensory overload, would cause him to retreat into defense-mode.

Early on, I would insist that Danny eat what was served, but that didn’t work well at all as he just didn’t eat. I also tried bribing him to try new foods, but that didn’t work either. To keep peace in the family, and to keep him out of defense-mode before I even knew what defense-mode was, I became willing to cook separately for him. I tried to keep it simple and if, for example, I made chicken with an elaborate sauce for the family, I’d have some plain cutlets just for him.

The freezer was loaded with meals, some home-made, that he could just heat up in the microwave. I also always had a decent supply of fresh fruit that he liked, and would dice it just like he wanted. As often as possible, I’d let him decide between a few appropriate choices what he wanted for dinner. And, at the suggestion of his physician, we supplemented his eating with Instant Breakfast drinks (his choice on flavor) to make sure he had the recommended daily calorie and nutrient intake. There were so many issues our family had to help Danny deal with on a daily basis, and we eventually chose to not fight over eating. I suppose this is a good example of “choosing your battles.”

For the past several years, Danny has lived independently and cooks and eats what and when he likes. He eats peanut butter and jelly sandwiches, pasta, pizza, chicken, turkey, black and pinto beans, rice, turkey or chicken chile, cereal, french fries, pancakes, and fruit. I’m sure this list is not complete, but the point is that he eats enough variety to be healthy. He is much better at taking care of himself when he deicides to do it himself, as opposed to when mom or dad suggest he do it.

He knows a lot about nutrition - at times being obsessed with it - and is now trying some new healthy foods. He is also inspired to try new recipes after watching his favorite cooking shows. And, recently he shared that he actually now likes the previously despised green parsley and cilantro that is often served as a garnish in restaurants. These days he even has a sense of humor about his picky eating and recently sent me a photo of him eating his first carrot!

AN UPDATE: I wrote this a few years ago, and now eats spinach, bean sprouts, avocado, and is much more open to trying new foods! But, he's still picky!

I Was A Picky Eater Until Age 25. Here's What Changed.

I was one of the pickiest eaters you can imagine. Everything had to be a certain way. EVERYTHING. I had to have a specific brand of bread. I had to have a certain type of jelly. And if you used the same knife to cut my sandwich that touched anything green, it was game over.

It's important to remember that folks on the spectrum are usually REALLY overwhelmed already, and so the best thing you can do is make them less stressed, not more.

My Anxiety As A Parent Prevented Me From Seeing This

My name is Sarah, I have a 23 year old and a 15 year old. My 15 year old was diagnosed with ASD and in the beginning, we were pretty desperate. It got really bad. We're talking about near-hospitalization, therapeutic schools, lots of trauma. Day to day life was just nearly impossible.